FOUR HEARTS--And once again, I'm impressed with this author's writes.

Two for two, both short stories that left me wanting more but enjoyed the hell at what was given.

Set in the Order universe, a fantasy based world with supernatural beings and humans coincide, The Poison Withinis another creation from the author where the characters took a mind of their own.

In fact, I need to send a bottle of bubbly to those blokes for getting their stories, or should say, start of their stories out for public consumption.

Clandestine human lovers of two years, low born Inspector Käyru Skaer has been meeting whenever he can with his lover, Count Ellydhar Finn-Jánn. Käyru worries that his lower class status will call an end to this love affair with his "Elly". He knows one of these days Elly will wise up and leave him, even if it would crush his heart. He'd let his lover go. He tries to hide his feelings and takes all that he can get. Did I mention there is a noted size difference? And D/s undertones? Someone has a penchant for writing hints of D/s.

The world they live in is xenophobic, some humans regard non-humans are lesser. Political warfare and unjust treatment runs rampant. Case in fact, nymphs are living on Elly's land due to being ousted by a power hungry, racist power that fuels on scaring the masses (sounds familiar?) Käyru is called on duty from his lover's thighs to a solve a multiple murder. And it gets a little graphic when described which I liked.

The suspense is very quick. Justice is met swiftly--hooray! And we're introduced to a new being, cousin to the vampire, the Furia. What they can do is cool! (And if this character shows up in future works, I'll have excite)

I can go either way with established couples. This couple wasn't boring in the least. The story is told from the Inspector's POV, so the reader has to rely on his feelings for Elly to get a sense of their relationship.

I craved his proximity to a degree that would've been mortifying if I hadn't long stopped caring about hiding my want for him.

I thought the author succeeded on that front. There was even snatches of snark. I don't want to include my fave snippet as it'd give away a key part to the action/suspense bit.

Now my nitpick: despite the story being short, there were two instances where the scene ended weird. Like there was either something more to be said or done or shown. Both instances are when Inspector Skaer leaves Elly. The last time, after such a pivotal moment, seemed off. The love of his life just survived, and he leaves quietly? It's a minor nitpick and most likely a me thing. The inspector has a bit of an issue with his self confidence with his lover... so it could just be his way,

This is the start of a serial, by the way. The story ends with: to be continued . After 'the end', has there ever been more cursed words?

The writing is sharp. The sense of setting is just right. The story has a way of pulling the reader in. This story has a little bit of a lot of things I enjoy reading: hint of kink, strong main characters, interesting worldbuilding, cool concepts and a hint of dark. (I wonder how dark this author could get, hm?)

A suggestion as this world and the beings seem to be intricate; a glossary of the types of beings wouldn't hurt. Especially if there are going to be more detours from the main event. 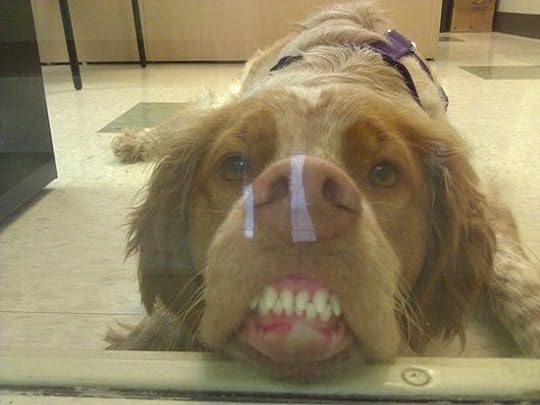 Consider me there once the novel drops, which I hope is soon. Or maybe I'll need to chat with the characters a bit, ask them to plague the author.

The Order universe has facets. I'm curious to read them all. And looks like I'm victim of another serial. ;D