Sometimes easy breezy and sweet is all you need. 3.5 HEARTS--In the mood for something cute, light, easy and breezy? Anna Martin's Rainbow Sprinkles fits that description to a T. 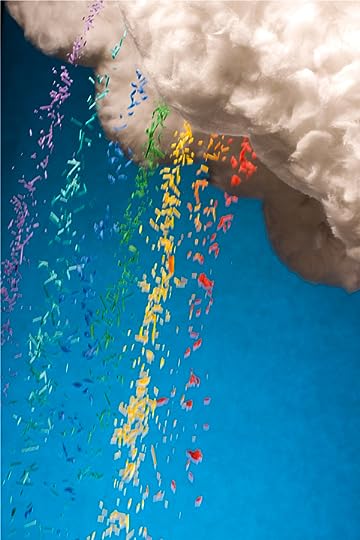 Set in California, Cooper Reed is perfectly content working two jobs, one as a bartender, the other as worker/ ice cream creator at the Dreamery Creamery. He makes enough to get by and he also gets to fawn over his weekly customer with questionable ice cream tastes, Drew. Drew will combine some crazy flavors but never, ever forgets the rainbow sprinkles.

Is it a little pathetic that Mr. Rainbow Sprinkles has been delegated to wank fodder? Maybe, but Cooper's happy to keep his man of his dreams as just that in his dreams. Until one day, Drew shows a little interest.

Drew is a real live Disney prince! Okay, okay, he acts as one in nearby Disneyland. And he shows behind the Disney scenes in this book. I enjoyed the glimpses. Drew's sweetness and romantic side draws the more sarcastic Cooper in.

Both men are in mid twenties and they read their age. They fall for one another kind of quickly, kind of not, since they shared the employee/customer relationship for sometime prior to the start of the book. And like some twenty-somethings, they don't have it all figured out as of yet. The story has zero angst. We get meet cute into budding relationship into first fights and learning that when it matters, you have to communicate.

The boys drag their feet into resolving the internal conflict. That part kinda pissed me off a little. We go from one of them sending texts over and over on a daily basis (loved that) to just dropping off the face of the Earth when the going got a little tough.

I hope they work on it. I think they could.

The side characters are great and compliment Cooper and Drew. Their BFF's are cute and I was super happy with their development as well at the end.

It's my first foray into Dreamspinner Press' States of Love collection. I'd definitely return. The setting read authentic - down to the temperature, the traffic, the laid-backness. I never been to Cali but I imagine it to be something like this from what I've seen through media. There were tiny spots when the dialogue read British here and there if I had to nitpick.

I think this would work best for Anna Martin fans who like the quieter romance, fans of light, no angst reads and of course, Disney-stans.