Wanted to know where your missing 'fuck' went? I found them! ;D A Bear Walks Into A Bar is a shifter pornucopia! Readers of PWP who want to cramp their hands from a faptastic time, this is a book for you!

Wait! Let me get to the book first before you start, Naughty!

This book is about a lot of shifters, but the most important is the Urso, or head alpha bear, Sawyer. He's a grizzly, rich bear who is approaching hibernation season (late fall to spring). There is talk of four shifters encroaching his territory with a new bar and he can't have that. He's the boss and the boss needs to know what is going on at all times. He's slinging major meat between his legs and he has no problem wielding it to get his way and show his power.

[A Ménage à Cinq GIF FUCKS HERE ON THE BLOG]
How'd that get there? *fake blush*

To get the most enjoyment from this story:

"Sex is a tool, like any other, to garner loyalty, win support, let off steam, or exert dominance."

I'm a reader who doesn't mind a heavy dose of sex in a story and this book found all of the fucks from the world to use. 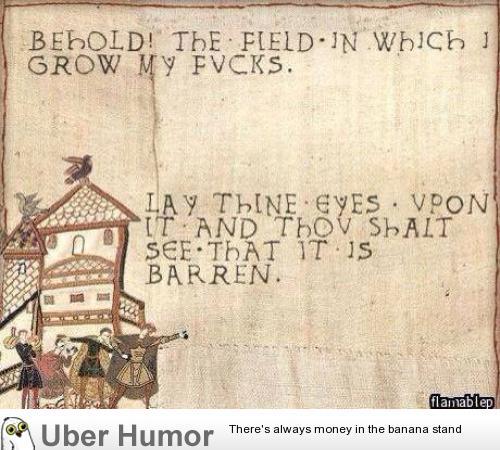 You might not have a fuck to give because A Bear Walks Into a Bar, has taken your fuck. It's reaping in football fields of fucks all around the world. This book might win the fuck prize because of its abundant use.

And even with the abundant sex with multiple partners, it wasn't boring, just saturated.

Fox shifters aren't monogamous and are always down for having a good time with as many people as they can.

"What did one get when they entered a room with two or more fox shifters? Fucked to death. But what a way to go."

Brad's a great representation of that. He was like an Energizer bunny that guy. Nothing stopped him after coming to find more cock to stuff inside.

There wasn't much kink, barely any. What to find? Double penetration, a sex sling, many variations of multiple pairings - the highest number was a ménage à huit! That was a slick, fluids filled fun time.

The plot? It's about bonding, finding mates and forming alliances among different shifter factions. The shifters couple up but that doesn't stop the fuck train. And the author wrote it in a way with their shifter mindset, the sex is just like a welcome, or show of dominance, or just a way to share their power. Shifters exude powers more so during sex, so they'll love to have plentiful and often. Given their natures in this book, it wasn't any surprise why it was sex all the time.

But the plot is not as strong as it could have been. There were parts where the story slacked off like Rudy, the current alpha wolf who has a power hungry beta who wants his place. A showdown wouldn't have been remiss. Some spots in the story were a little dull, a little heavy on the exclamation points, a little cheesy.

Would I recommend? Not for every reader.
If you prefer a couple who only are dedicated to themselves, try Eden Winters, "Naked Tails". It's my fave shifter story from this author with possum shifters! Romantic comedy FTW!

So in closing, here's my favorite quote:

For my NSFW (aka porn-y) review: