When you get bespelled by good blurbs and the writing can't back it up... 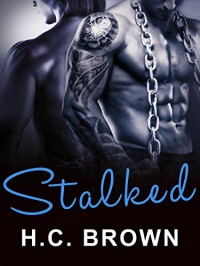 1.5 HEARTS--Come join me in WTF land, won't you? There are pancakes. 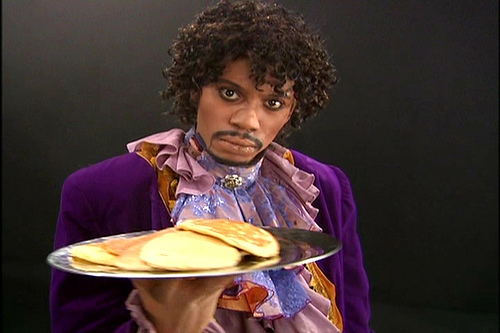 The setting is supposed to be New York City where the city that never sleeps actually sleeps: "the road is empty and I'd say the entire population is asleep". And has a murderer on the loose, the Stripper Ripper. The Stripper Ripper is targeting dark haired gay twinks. Micah who is 5'2" , a stripper and submissive is hiding a past and secrets (that is never explained in the book). His real name is Jeremiah Sterling but he goes by the stage name Snake. He's the next target of the murder but is truly doing the space cadet league of the TSTL Academy proud because he continues to bumble his way into the killer's path over and over again.

Soren is the big bad 'Dom' Slayer who doesn't care because he's programmed that way. But he likes the "butterfly" aka Micah. While searching for the killer (LOL to the search and the killer), Soren forces Micah to have sex under the guise of using their nano pheromone the first time since Micah was iffy with his consent. He basically told Micah to shut up and take it. It was supposed to be sexy? So I'll warnif the book doesn't, dubious consent. The rest of the times the sex happened, it wasn't SSC [safe, sane, consensual] or BDSM but in WTF land I think it's considered BDSM...so...

"Can we discuss boundaries? A contract perhaps?"

Soren wanted to shake him. Boundaries, holy fuck, would this little shit ever trust? "No! I refuse to discuss limitations, or contracts. I am a Dom and in my dungeon, we go by my rules. I will push you to the edge and you willtrust me to give you pleasure."

There is nothing more that I loathe than Doms written like Soren. This book went from a possible 2.5-3 Hearts to a straight D- aka 1.5 Hearts with that bullshit. Ordering someone around and declaring yourself a Dom while wearing black leather and having a "dungeon" doesn't make you a Dom.

With that asinine logic I should go to my bank and declare myself a frigging millionaire!

* Have an American read future stories in this series over if there will be more since it read like pseudo Brit/Aussie mish-mash. This is supposed to be set in America and it doesn't read like it.

* Know the setting - just because New York City points of interests can be Googled doesn't mean it will read authentic. It doesn't. Was this an alternative universe? A different planet with a fake Manhattan? If it was, it should have been clearer.
* Having all of your characters use the same colloquialisms and share the same thought processes melds all of your characters together. Though this story is a deep as a pocket of air, it made the story useless by the end. Um...Sorren style. (What was up with the lame and awkward dialogue and catchphrases by the way?)

* A person who is 6' 7" can not just stand straight and have sex with another person who is 5' 2" without some body mechanics issues. Think...of the logistics. The taller one's cock will automatically land in the shorter one's ass when in the book he complained about the shorter one barely reaching his shoulders? Unless the shorter twink has freakishly long toes, about 12 inches or so. Excuse me.

The suspense part was ridiculous. The murder? why? The entire thing was stretched out. He could have struck so many months earlier. The couple is ridiculous. The premise was interesting, maybe written differently...it could've been something? I didn't read the previous book. I was lost about the backgrounds of the Slayers but I think I'd still be lost if I did read the first book. There were questions unanswered, items not developed. I'm not interested in reading any more of this series. My eyes can't roll any more for today.

Why not the just give it a 1? Hm...it wasn't so bad in the beginning. cheesy as hell, weak characters and surprisingly not all about sex but once the sex started, it went to shit. And the cover isn't bad. *shrugs*

Now it's time for me to leave WTF land. I'd love to eat pancakes all day but I can't. Bye!

Not recommended for anyone I know. I highly doubt I'll be reading this author again.