Hands down one of my favorites of 2015! FunnySexyCool! 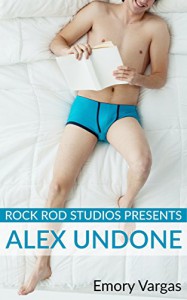 "Touching a penis? Yes. That's in the contract."
"I didn't mean-"
"You did. That's what all the straight guys are worried about. First, do they have to touch a penis? Second, any butt stuff? Because they'd really prefer to not do the butt stuff."


I've read three books by this author in a matter of months. Granted, they were short but I don't normally do that, unless you're Chuck Tingle or Rob Colton. Sometimes, I binge read if the authors words hit me just right. Emory Vargas? She's got it. I'm reading it and paying attention. Remember that name, okay?


"Miranda wants Andre to rim you. Is that okay?"
"What is...is that?" Alex thinks about basketball. He played soccer in high school and he's kind of embarrassed about how little he knows the sport. Rim. Rim shot. Lay up? Free throw?
"It's where he licks your asshole...But most guys get into it after a little while...It feels nice, I promise."
So.
Not basketball.


He tries to ease nervous straight boy's panic. But I'm glad it only worked for a little bit because being in Alex's head was fun. Hella fun. He is a gay virgin in every sense. Alex knows nothing about the joys of gay sex...hell you saw the rim job quote. Alex is cute and clueless. Reading his deflowering with another professional porn actor made the scene even better. (There isn't any penetrative sex in this book and there is a major sex scene with someone other than the MC) Alex learns something about himself from his acting debut. I don't know if he caught it by the end of the story. But Peter the administrative assistant does!


"Baby, you are so wet," Andre says, his voice rough. Alex doesn't care if he's acting or not. He's probably acting. He's a professional. And it's awesome that he's a professional because he is professionally fucking good at rim ups or whatever this is called. He should be given medals or a title.

Peter is a submissive. He sees the same quality in a certain someone. *groans* Did I mention he's a big guy? *quelts*


"Submission is a deeply
personal, psychological process. It's not just doing what you're told.
It's meditative. It's a...total release of the self."

"Cockslut" was thrown around. *grunts* After that, I was so ready for Alex to get "his ass ramrodded". I swear my wolf razor teeth grew out of my damn head because I was going to read about virgin ass getting split and plowed. 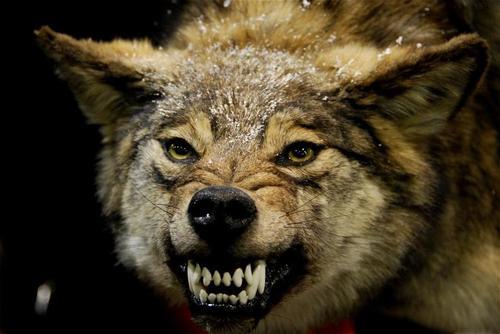 This was me. This is what I turn into when cockslut or manpussy is mentioned. Yum!


I was fucking READY! But...no butt virgins were taken in this short.

Alex! Alex actually uses his head! (The one upstairs) He's been pretty clueless and homeboy proves the elevator does go all the way upstairs! Loved that.

It was interesting to get a glimpse of Peter, the real one. I enjoyed his flirting and his needy bottom boy ways that came out to play for a few minutes. But when we learn he has some issues that he seeks help with and still wants to start something with Alex, sees the potential there...why it makes this bi-curious vs. gay submissive erotica something substantial.

Great mix of humor and erotica in a bite sized nugget! The story ends HFN-ish. But there are so many more stories that can be produced from this little story. I was so impressed, I added it to my 2015 favorites shelf. 21 pages...hilarious. Definitely my kinda humor.


"Most guys don't submit to face-fucking like that.
"I wasn't submitting."
"You were. It's not a bad thing. The way you had your eyes closed, and you looked so happy. You looked like you were accepting Jesus into your life."
[...] but now he's picturing Jesus Christ with a huge cock and next time he gets dragged to church on Christmas Eve it's going to be really awkward.


C'mon...you know you want to read to this book.